Sotera Digital Health is a healthcare technology company that offers wireless vital sign monitoring systems that can help improve patient safety and outcomes. In a recent study, we found that wearable devices can be used to monitor vital signs in the general ward without the need for intravenous access.

Hospitalized patients' vital signs must be measured to assess the patients' clinical situations. Early warning scores (EWS), such as the modified early warning score (MEWS), are usually calculated three times daily, but these may not capture early deterioration. A delay in diagnosing deterioration is associated with increased mortality. Continuous monitoring with wearable devices might detect clinical deterioration at an earlier stage, thereby allowing clinicians to take corrective actions. 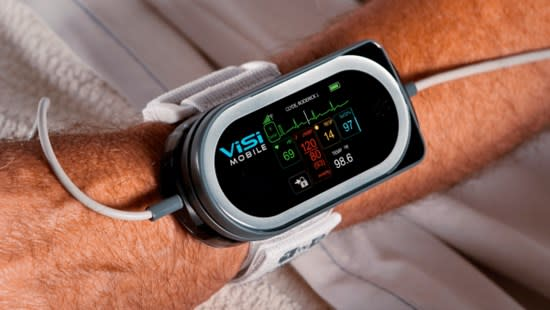 A recent clinical trial examined the use of wearable devices to monitor vital signs in patients who were admitted to the general ward. The study found that these devices were able to accurately track heart rate, blood pressure, and oxygen saturation levels. Additionally, the study found that there was no significant increase in complications or adverse events when patients were monitored using these devices.

A study was conducted to determine the positive and negative effects, as well as barriers and facilitators, associated with the use of two wearable devices, such as ViSi Mobile (VM) and Health patch. This study adds to the growing body of evidence that wearing a wireless vital sign monitoring system can improve patient safety and outcomes in the general ward. This technology, we believe, has the potential to revolutionize patient care and should be researched further as a means of improving patient safety.

In a randomized, controlled trial, 90 patients admitted to the internal medicine and surgical wards of a university hospital in the Netherlands were randomly assigned to continuous vital sign monitoring using either VM or HP, or to a control group. Interviews with a semi-structured format were used to explore the experiences and expectations of users. Also interviewed were nurses, physician assistants, and medical doctors. The interviews were subjected to thematic content analysis. The State Trait Anxiety Inventory and Pain Catastrophizing Scale were utilized to measure psychological distress. Both devices' usability was evaluated using the System Usability Scale.

For the analysis, 86 out of 120 MEWS measurements were used in total. In general, VM and HP vital sign measurements were consistent with nurse measurements. In 13% (N=13) of the VM cases and 27% (N=23) of the HP cases, clinically significant differences in MEWS were observed due to inconsistent respiratory rate registrations. Connection failure was identified as the most prevalent VM artifact (70%) Over fifty percent of all HP artifacts had an unknown cause, were self-limiting, and never exceeded one hour. The majority of patients, relatives, and nurses viewed VM and HP favorably.

The majority of patients and healthcare professionals were enthusiastic about the idea of continuously monitoring vital signs in the general ward using wearable devices. This comprehensive overview of the challenges and benefits of using wireless devices may serve as a guide for future researchers, developers, and healthcare institutions considering implementing continuous monitoring in the ward.

This is why the ViSi Mobile System, a wireless vital sign monitoring system that is designed to provide continuous surveillance monitoring for patients in general care settings, can be a complete game changer. It allows for more efficient use of clinician time by requiring fewer spot checks, more efficient vital sign management, and EHR integration.